how to start cannabis business

The Senate Law and Justice Committee voted unanimously today to approve a bill that would make it legal for seriously ill patients to use marijuana to treat their conditions with recommendations from their doctors. This is the first time medical marijuana legislation has been considered in Pennsylvania. The bill is expected to go to the Senate Appropriations Committee for a vote next, before going to the full Senate.

SB 1182, sponsored by Sen. Mike Folmer (R-Lebanon) and Sen. Daylin Leach (D-Montgomery), would allow qualified patients to obtain medical marijuana from a limited number of licensed, regulated dispensaries throughout the state. Smoking would not be permitted, but patients could consume marijuana in edible form or through vaporization of the plant or its extracts through use of a vaporizer or a vape pen. Home cultivation would also not be allowed under the bill. Patients under the age of 18 would be required to have parental consent in order to take part in the program.

A companion bill, HB 2182, was introduced in the House with 46 co-sponsors, but has not yet received a hearing.

“Residents of the Keystone State deserve the same opportunities to relieve their suffering as their neighbors,” said Rachelle Yeung, a legislative analyst for the Marijuana Policy Project. “When New York gets final approval for its medical marijuana program, Pennsylvania will be nearly surrounded by states that allow seriously ill patients to access this safe and effective medicine. It is time for the legislature to recognize the overwhelming public support for this compassionate, sensible bill and do the right thing.”

According to a March 2014 poll by Quinnipiac University, 85% of Pennsylvania voters support medical marijuana. There are currently 22 states and the District of Columbia that have effective medical marijuana laws. Earlier this month, the New York Legislature approved a bill that Gov. Andrew Cuomo is expected to sign, making it the 23rd medical marijuana state. 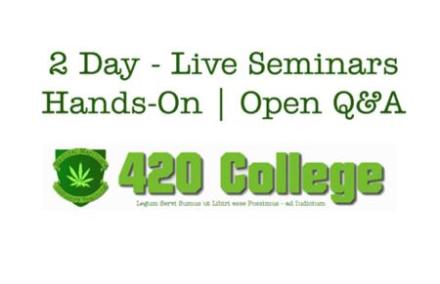 I'm just a freelancer, providing 420 college reviews and helping to start a marijuana business. Don't scammed or ripped off by other marijuana schools that tell you that they know what it takes to open a collective. Attorney William McPike knows what it takes and you can find him in 420 College
View all posts by Sam Sneed »
« Marijuana Workshop Application
Los Angeles Set To Open Its First Medical Marijuana Farmers Market »